I dream of sitting in the sun, letting it warm my face and paint my skin rosy.
I long to throw open windows with aplomb and enjoy the tranquil dance of wind and curtain.
I crave the breathtaking magenta pop of cherry blossoms on my gorgeous tree.
I desire the enjoyment of lounging in the driveway with a good book, and invisible bicycle circles traced 'round me.
I need to hear the bright peals of laughter from play on a warm spring afternoon. 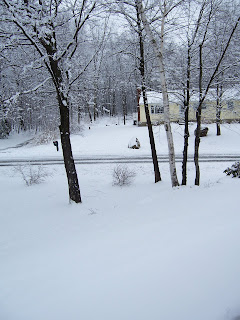 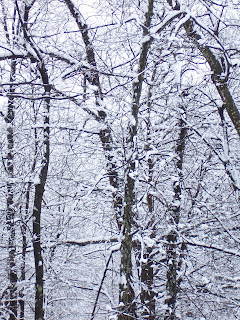 Most of us have heard this recent news story about parents choosing prayer instead of medical treatment. It was a topic of our dinner conversation tonight. I believe in the power of prayer, but as my husband put it, you have to pray and have faith but "meet God halfway". It reminds me of a story I 've heard alot over the years:

I have a date.

Everything was going so well.

Something major is going on, but I'm so afraid to post about it. It has to do with a problem at school, but I don't want to get certain people in trouble. You never know who's reading. All I can say is there is someone giving us shit about in class testing.

I never expected to hit such a roadblock, especially with the effort so many people have put into making testing as safe as possible.

It's being taken care of, but man am I angry and hurt.

You know that song...

All the kids are listening to that song these days so it's only natural that it's running through my head like a soundtrack since last night when Noah's blood sugars dropped and refused to come up. Between 9 pm and 1 this morning, this is what he went through.

He finally came up to a reasonable number and was able to get some sleep, but it was a weird and unexpected trend and completely out of the blue. He usually flies a bit on the high side after treating a low, so for it not to come up was frustrating. I'm so thankful he is aware of his lows - that is something positive I can at least hang on to, because it's easy to get discouraged in dealing with these unexplainable happenings of this disease.

I was in Target last week in the book section, not looking for anything in particular. I picked up a random book here and there, scanning the back cover quickly and putting it back when my hand hovered over: "Please Stop Laughing at Me..." by Jodee Blanco. The words "...school bullying..." on the cover immediately rang true for me. I sucked in a breath of nervous air and picked it up and opened to somewhere in the middle.

I might as well have been reading from my journal from when I was 12. So much of what Jodee writes about in this book happened to me too. She told of kids cramming fist fulls of snow into her mouth...for me it was playground wood chips. She had cruel notes passed to her during class, as did I. The similarities took me back to a time in my life that I so desperately would love to forget but that I think about way too often. As I read the book over this past weekend, I thought of my sweet son. Only 9, but bullied far too much already.

When Noah was first diagnosed with Type 1 in 2005, he was on injections and flew under the "weirdness radar" so to speak. He went to the nurse for everything, and the kids in his class were none the wiser. He was well liked and had friends in school.

Last year he went on the pump. For us it was a step up to tighter control of blood glucose, and more freedom for Noah. For the kids at school it put Noah in a new category and labeled him weird. They had visual proof that he was not like everyone else. Bullying started. I know kids are afraid of what they don't know, and as a result tend to make fun as a means to cope. They didn't tease him about the pump, or diabetes though. It was as if that one little difference caught their attention, and that's all it took, really. They got on his case about anything and everything. From the sneakers on his feet to telling him "your parents don't even love you". A few kids on the bus threatened him daily. One boy went so far as to tell Noah he was going to shoot him in the head with his bow and arrow.

The stress of it all got to Noah. His grades suffered, and he became an emotional mess but more importantly his blood glucose was all over the place. (It's well known stress can wreak havoc on blood sugars). It broke my heart and my husband was livid. This kid who was so easy going, and never once complained about going through the changes of being a person with Type 1 was showing some major cracks in his armor. It eventually eased up but we had to do some ranting in the process. After realizing this was more than a boys will be boys thing, we worked with the school and they helped in a huge way. I'm grateful for that. When I was a kid being bullied right in front of the recess monitors while they smoked their Parliament 100's and did nothing was the norm. You were labeled a tattletale back then if you made so much as a peep.

I'm glad for the chance to go back and revisit how I felt as a kid in school. One thing Jodee's book made me realize is that I hang on to those insecurities and fears way too much for a 34 year old. What kind of example am I setting? At some point I have to get over it and believe in ME...not other people's view of me. I know that Noah will look to me for cues in how to handle bullying and other struggles in his life, and that I'll have to make good on my own advice.