Diabetes in the jungle.

Yesterday was the first day of spring (ha!) vacation, and Noah picked what he wanted to do- visit the Lego store.

Legos are his ultimate favorite toy ever. His imagination just goes crazy with them, and he can put together the coolest things. Plus, it's way better than sitting around playing video games all day, so off we went down to Massachusetts to a mall way nicer than our regular mall, 45 minutes away.

You can see how cool the Lego place is... 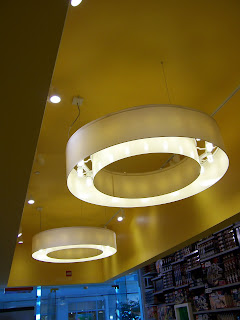 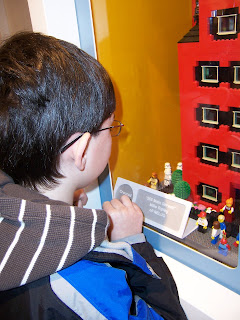 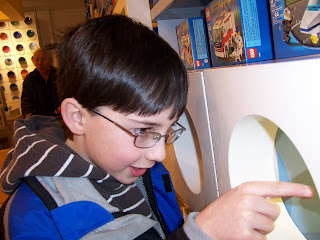 I planned on taking him to the Rainforest Cafe for lunch as a surprise. They sat us down, and we passed the time looking at the fish in the huge fish tank right by our seat, and discussing the environment. A half hour went by, and still no server. I didn't realize it right away, because we were having such a nice time just hanging out together. I let someone know, and the manager came over and couldn't have been nicer- apparently we were sat at a table that they don't normally use. Normally, I would have been pretty angry and probably would have walked out, but this mishap afforded Noah and me a time to hang out, have a nice conversation and really connect as mother and son.


Our server (who was so super nice) noticed Noah entering a bolus into his pump. She said "oh, you have a pump! my sister has a pump, too - cool".


Noah beamed and got all excited to show off his pump, and so we struck up a conversation about pumping and diabetes, and you could tell Noah was just so happy to make that connection. It was especially cool to have a waitress plunk down a big dessert (free of charge because of the mix up) and say "dude, you're going to have to do a BIG bolus for this one". 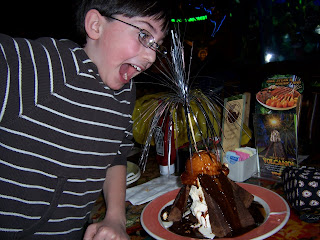 Charlie is also a Lego freak. He would love that store. Wow, dessert looks amazing.

Great post. Thanks so much for sharing. It sounded like a good day (minus the seating mix up.) I can totally understand getting excited about someone relating (or just noticing and knowlegable) about the pump and Diabetes. I just started on my pump yesterday and am loving it so far.

Sounds like you had a great day and a great waitress. My kids are grown but we still have the Legos - lots & lots - in a box, in the basement.

Let me get this straight. He had a day filled with Legos,some cool one on one time with mom, and a free dessert with a server who actually understood what a big bolus was (and that he could eat the cake,) AWESOME!

I just found your blog today - what a lovely story to read. Your son is precious. That bolus must have been HUGE!!!!! OMG I can just imagine my son telling me he's going to eat the whole thing. You're a wonderful mother.