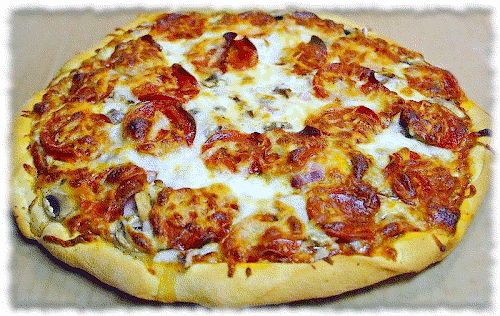 Oh boy, I hate change. So trying a combination bolus for the first time over the weekend for Noah, and his 3 slices of pizza (how that boy can stay so skinny with that appetite is beyond me) had me sweating and palpitating all over the place.
Even trying to explain how a combination bolus works is enough to get me all flustered. I know the general idea of it, but I could never put it into words the right way - I'd embarrass myself.
It was a tense few hours after that bolus. How could I possibly trust myself and a machine to do this right? What if I screwed up the carbs? Or the timing? I set it up to give him half the bolus right away, and the other half over a 2 hr. period. I did this based on his history of being high a couple hours after high fat stuff (like pizza) and crossed my fingers.
I made the poor kid test at least 3 times in 3 hours. He did it without complaint, but I think I might have caught an eye-roll the last time.

I had no reason to be worried...it totally worked. I'm no longer afraid of this feature, and will be using it from now on.

I always forget to use that bolus when we have pizza. I haven't had great success with it - I think I need to increase O's bolus amount for pizza and then split that rather than the normal amount recommended for the carbs in pizza.